I mostly write about film and television but occasionally dabble in other things.

Below are some recent examples and highlights of my writing.

Ever since Extracurricular dropped on Netflix back in April 2020, I’ve been eager to watch it and I have to say, I’m so mad at myself for not watching it sooner.

This show follows Oh Ji-soo (Kim Dong-hee), a high school student who is engaged in a life of crime in order to graduate and escape a dead-end life. Along the way, things are thrown into chaos when someone from school finds out about his illegal side-business and from then on, things continue to get more dangerous and risky.

Throughout this review, I won’t be naming the aforementioned illegal side-business, mainly because [...]

Throughout this episode, the net closes in on Beth and Dean as Dave, who we met properly last week, finds a way to get closer to them and push forward with his insistence of Dean’s guilt. This might only be the second episode of season four but considering this content would have made it into season three (if it hadn’t been cut short), things are already heating up pretty fast.

While Dean may not be the correct person to go after, it still creates some big problems for Beth. While being arrested increases the chances of him spilling everything he knows, he’s also not going to be [...] 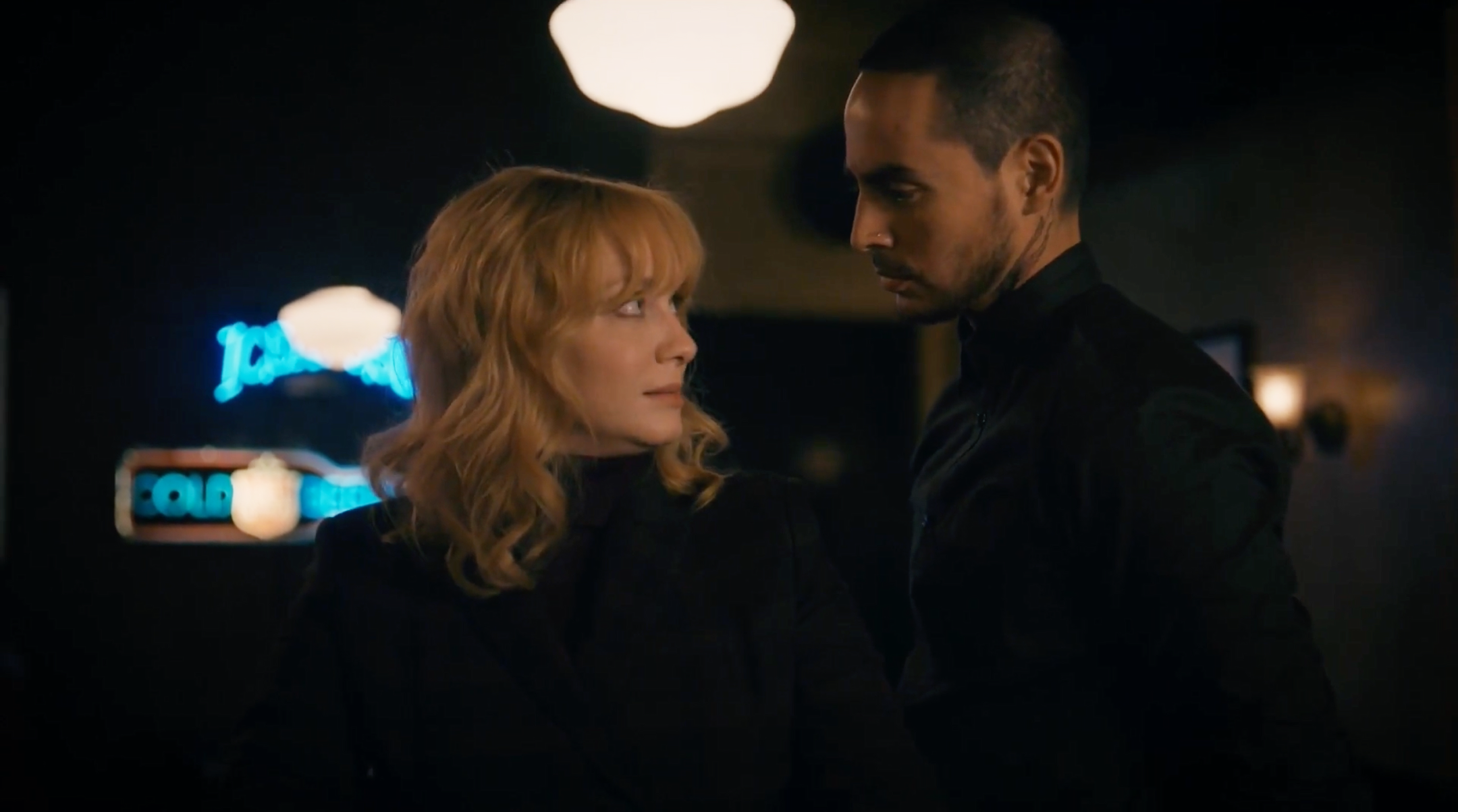 It’s that time of year again where I get to talk about one of my favourite shows! Good Girls is back with the premiere of its fourth season and it went surprisingly well despite being cut short at the end of the previous season. For those who were unaware, season three was supposed to have 16 episodes instead of 11 and based on interviews we should be getting those missing episodes at the start of this current season. With that in mind, I still think they did a great job kicking things off.

Episode one — One Night in Bangkok — doesn’t quite hit the ground running in the same way as the [...]

Widows primarily follows three women who, after their husbands are killed in an armed robbery gone wrong, have to pull off their own heist in order to pay back a debt and take control of their futures. Now, it would have been so easy for this movie to go so wrong and become just a generic crime/thriller heist movie and really, under the surface that is exactly what this movie is. However, there are a few key things that really help Widows to go beyond and be an incredibly entertaining and surprisingly fresh experience. That’s not to say it’s perfect — it’s not — but those little imperfections

Oh, boy, was this a wild ride. I really should have guessed knowing that Brian Taylor was behind the directing and writing. Let’s just say this, Mom and Dad is pretty bizarre and incredibly fun. It takes a very simple concept — parents across a suburban community find themselves with the uncontrollable desire to kill their children — and just goes to town with it. The biggest piece of advice I can give you is to go into this with zero expectations and ready to have an entertaining time. It’s not the type of movie that should be deeply analysed or overthought. Sitting at just under an hour[...]

There was a moment after I finished The Raid where I wasn’t sure if I was immediately going to go straight into the sequel — mostly because it’s almost an hour longer (giving both movies a combined run time of 4 hours and 10 minutes) — but in the end, I was just too intrigued to see where the story went and I’m really glad I didn’t put it off.

Taking place several hours after the first movie, The Raid 2 continues to follow Rama (Iko Uwais) as he goes undercover, joining a powerful crime syndicate in order to expose corrupt members of his force. [...]

At the time of writing this, I have just finished watching Knives Out. I don’t always like to write these reviews immediately after, preferring to wait a few hours at least, but this one just felt appropriate. I’ll start by saying this, I enjoyed this movie very much and I’ll most likely re-watch it again sometime in the future.

With this being a modern-day whodunit, I knew going in that it was at least going to be fun. Even besides that, the cast alone was enough to grab my attention and make me want to watch it. That being said, the performances were all wonderful and meshed well with [..

Set in Jakarta (Indonesia), an elite SWAT team attempt to infiltrate a rundown apartment block that is used as a safe house by various criminals and is seen as untouchable. Their task is to take down the notorious drug lord who runs the building, however, [...] 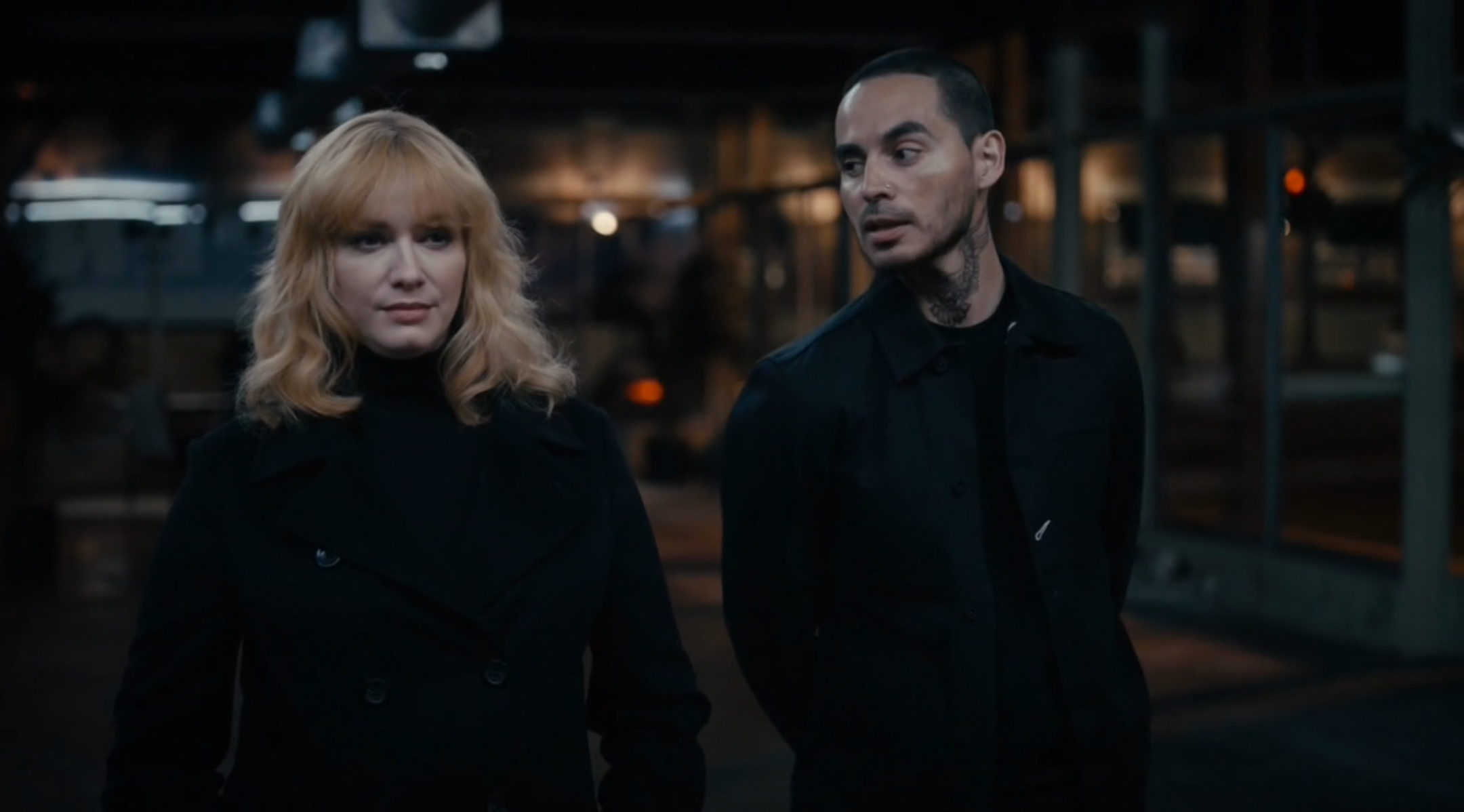 Despite the shortened season, episode 11 worked surprisingly well to bring things to a satisfying enough end all things considered. Naturally, it doesn’t feel entirely like a planned finale might but as a make-shift one, it was a good place to stop things. There is enough insight into what’s to come and while, as of writing this, renewal hasn’t been announced, there is plenty to give us an idea of where the story might go next.

In this final episode of the season, there was something so satisfying with Phoebe approaching Ruby at the start of it and then approaching her, Annie, and Beth [...]

Yesterday, I logged onto MUBI to find that they had Portrait of a Lady on Fire available to watch, a movie that was very high up on my watchlist last year and I have to say, I’m so happy I finally got to see it and that it was even better than I ever thought it would be.

With its lingering shots and long drawn out moments filled with nothing but ambient sounds or even just pure silence, Portrait of a Lady on Fire is in absolutely no rush to tell its story. While it might take its time, no part of it feels drawn out or boring. Every second feels deliberate and that level of intention [...] 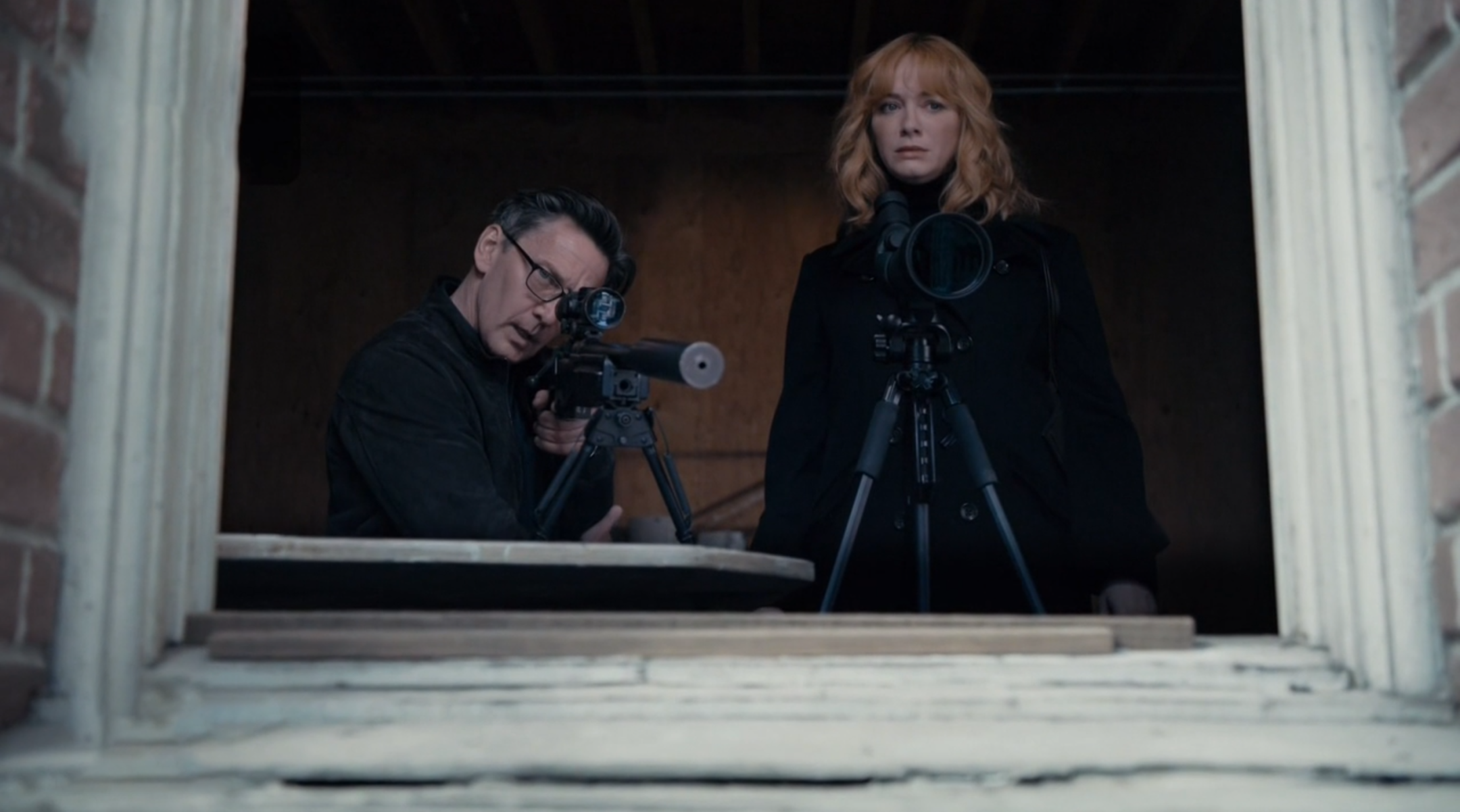 For an episode that wasn’t supposed to be the penultimate of the season, Opportunity works surprisingly well as one. We’re given just enough information on what might happen in next week’s episode even without watching the promo video for it but we’re not given too much, meaning that really anything could happen. Considering next week’s episode wasn’t supposed to be the finale, it’ll be interesting to see what cliffhangers it ends on (if any).

That being said, one of the things that will continue on into the finale is the hitman plot and there’s a good chance it’ll be front and centre [...] 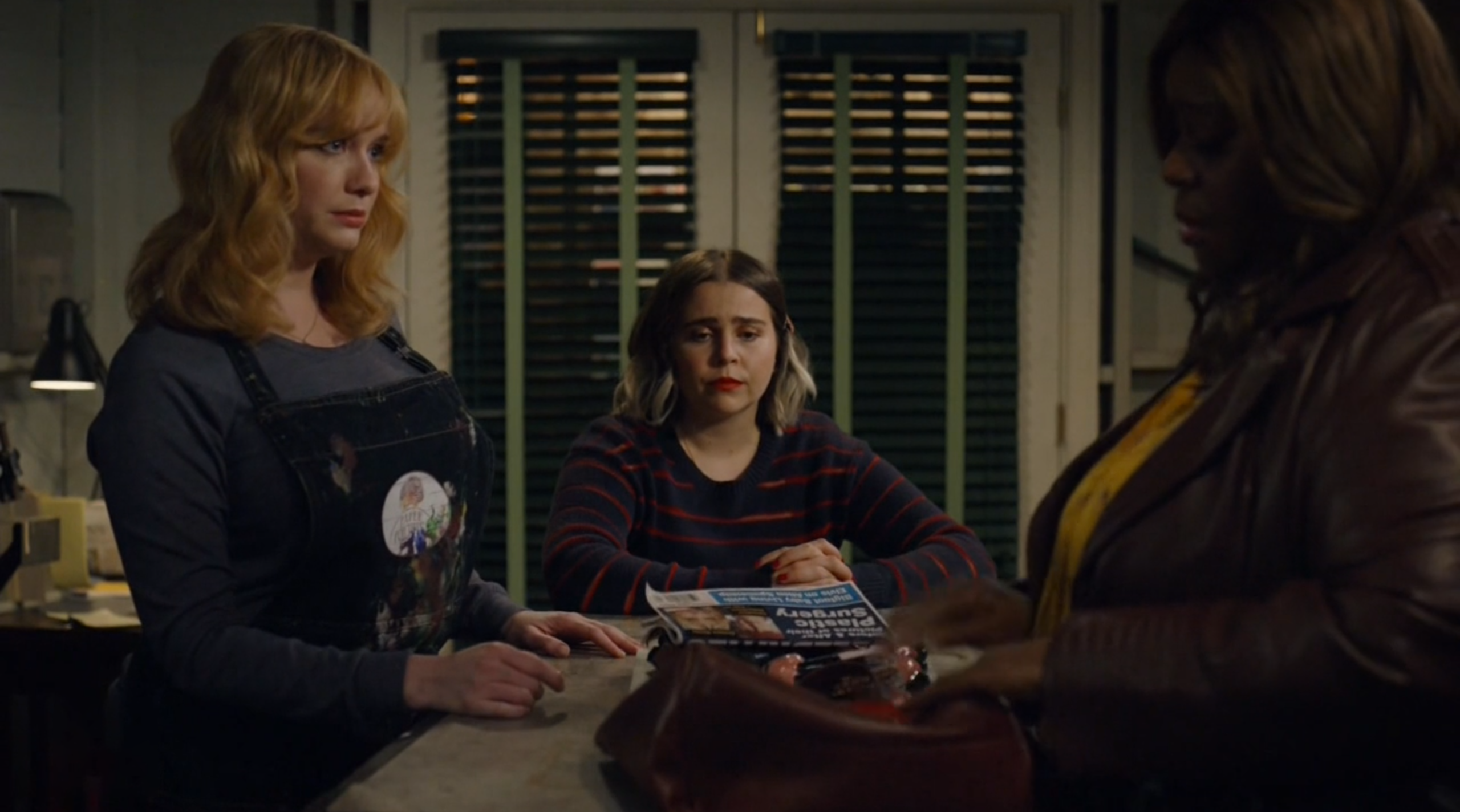 It’s been a couple of weeks since the last episode of Good Girls and oh boy, does it feel good to be back. This week seemed to strip back a little and primarily serve as a way to change things up slightly but it was still a fairly fun watch. While there wasn’t any particular grand moment, there were a lot of smaller ones that were all necessary to either push the story along or address ongoing plots.

There are two core things that happen in this episode. The first is the continuation of the hitman storyline and the second is the out of stock nail polish which comes as a result of last [...] 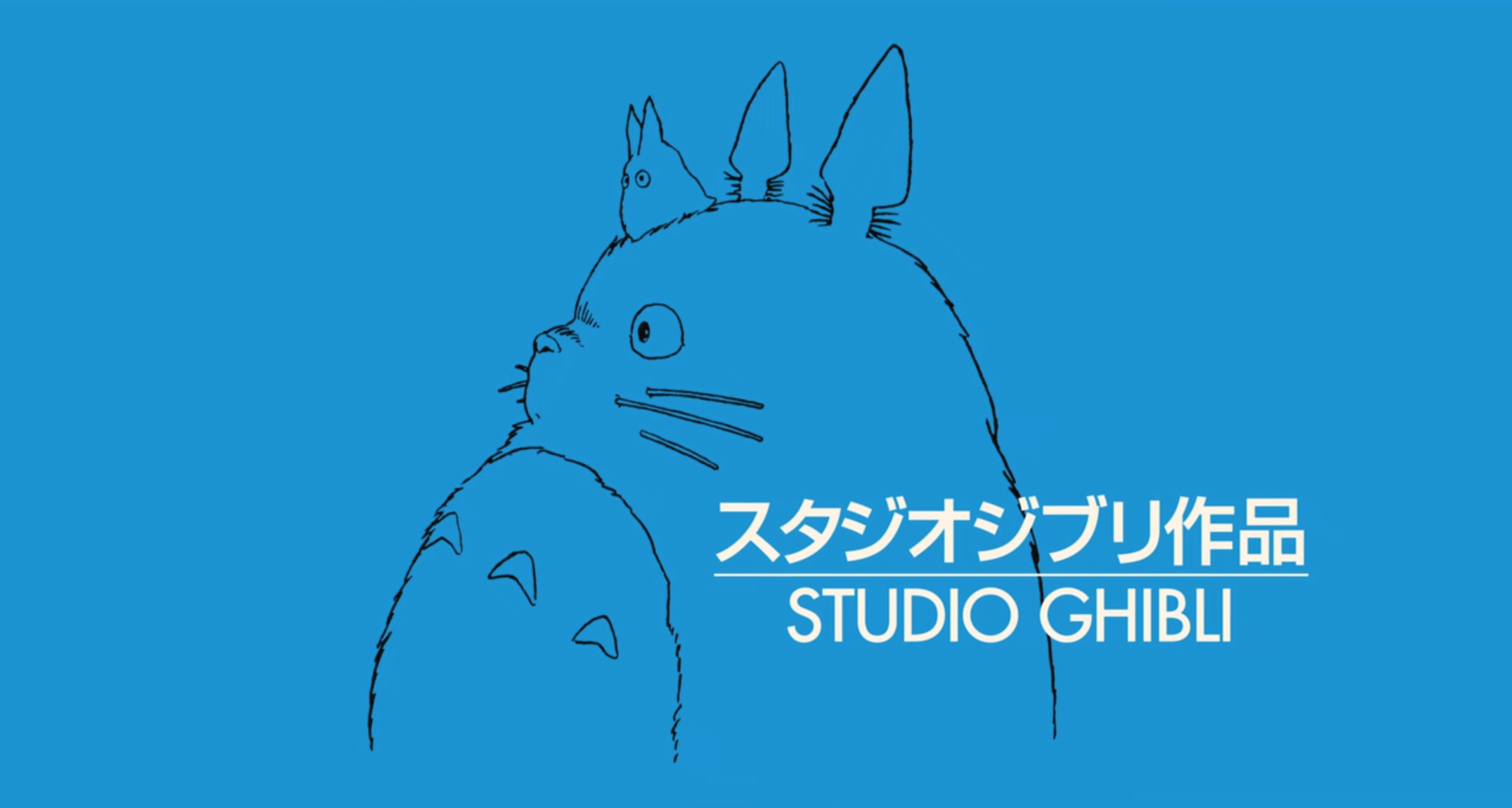 Studio Ghibli Movies, Ranked: Which is the Best?

Studio Ghibli Movies, Ranked: Which is the Best?
This post is spoiler-free.

With Studio Ghibli movies having dropped on Netflix around the world in February, March, and April of 2020, it seems like everyone and their pets are writing lists ranking each title from the worst to the best. Still, with how stylised yet varied the company’s filmography is, I figured I would throw in my two cents and rank them myself.

I would say that objectively speaking, the majority of the movies produced by Studio Ghibli are absolutely worthwhile but hopefully, this list will help you decide which ones to [...] 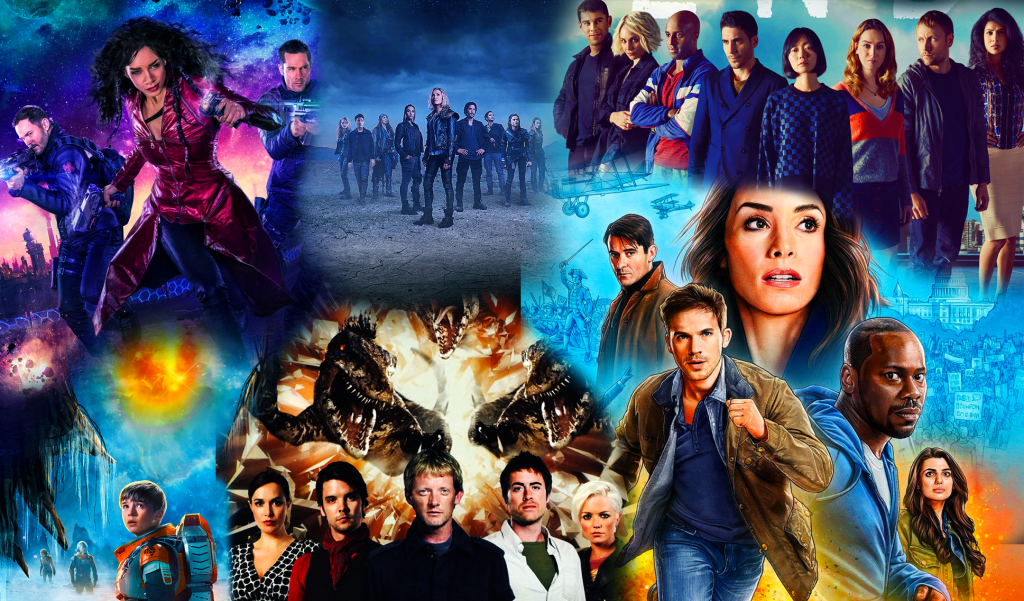 As of late, I’ve been thinking a lot about the various science fiction shows I’ve seen. Some are have been favourites for a long time and others are relatively new. Still, they’re all vastly entertaining and with so much variety out there, I decided to put together a list of 15 sci-fi shows that each provide and/or tackle something unique.

Now, there are bound to be some fantastic shows missing from this list. However, I’d recommend simply thinking of this list as a starting point to expand what you're already watching.

Now, with that being said, this is in no particular order and [...] 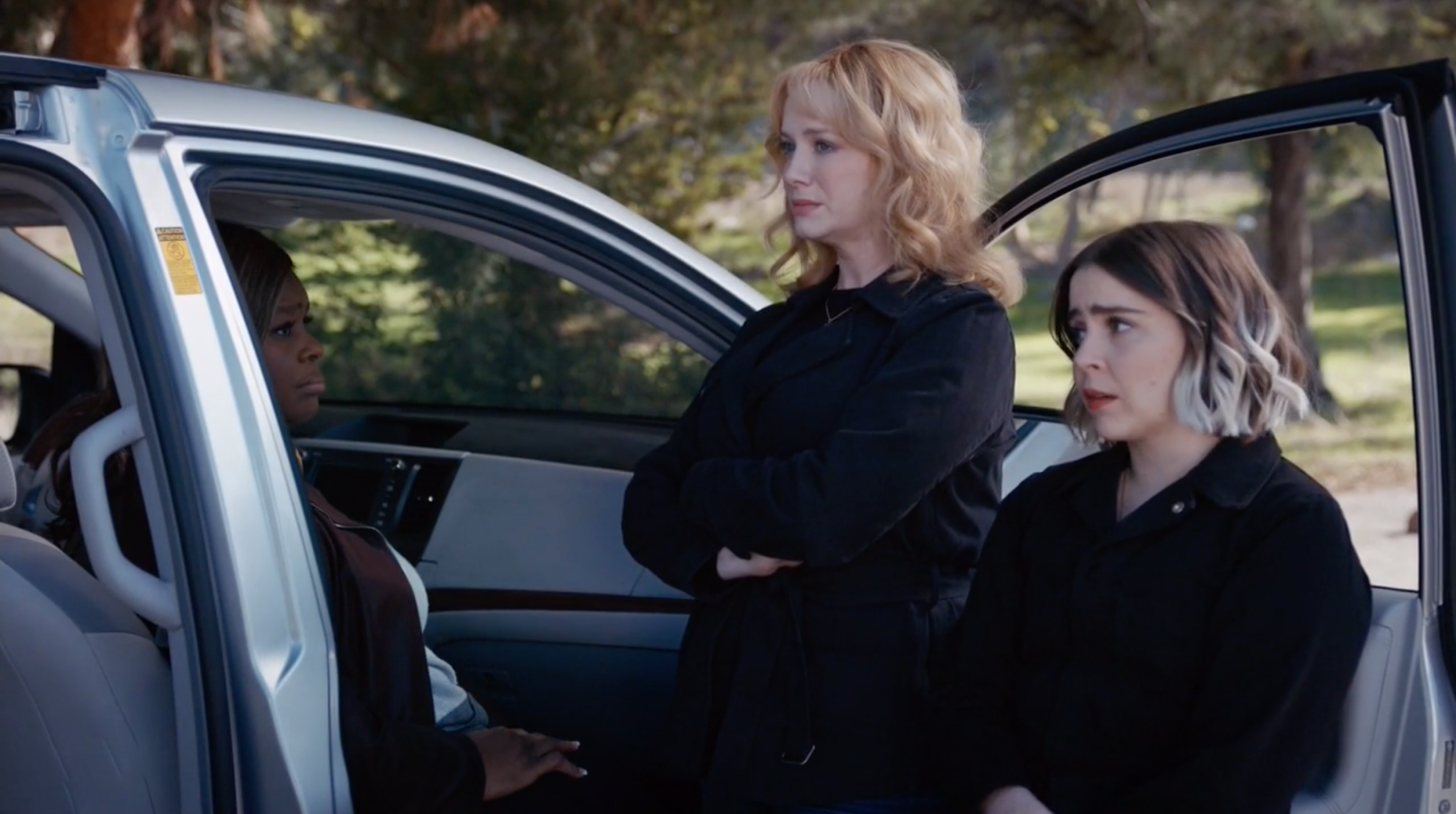 After coming home to find everything in her house had been taken, this week, Beth arms herself with a list she wrote at four in the morning to help her tackle what to do next. The first is to gain back Rio’s trust and that is exactly how we find ourselves watching the girls deliver a package and the reintroduction of a character that nobody likes.

That’s right. Boomer returns this week which wasn’t necessarily a shock. Considering the episode is called ‘Nana’ (which is what he calls Marion) and with the episode description saying that Annie would get bad news about an old friend, it was[...]